Who has the power over our food? Agriculture on export rather than food for the local people. The last couple of years there have been major investments on big scale industrial agricultures in Africa. Fertile land is bought or rented by companies that cultivates food for animals, renewable energy or crops for export. What is left behind is local farmers who are forced to move and cultivate less fertile land and as a result of that can’t harvest enough crops which makes it harder to survive.

Land and seed –resources is a fundamental prerequisite to survive and support yourself for millions of people in the southern parts of Africa. Instead of governmental protection and support of local farmers, many countries allow foreign multi corporations to invest and use the land for big industrial production. The result is an agriculture that is not in the favor of the local population, but to other countries and corporations self-interest. 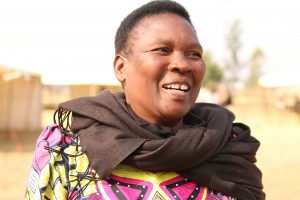 In the southern parts of Africa, investments in land for cultivating crops for export has resulted in a situation where thousands of smallscale farmers has lost their land and income. The investors, and companies that invest more than often take over the most fertile land and the small scale farmers that has cultivated the land needs to move to less fertile land. Consultations is often held with the government and local decisionmakers and not with the local farmers who are the ones affected, a majority women, who loses their land.
Read more

The reasons to the major increase of investments in land since the beginning of 2000 is resources crisis in several countries and the companies within these. One of these crisis is the food crisis and the increases competition of food. As a result of the crisis is that a growing middle class and a lack of arable land in countries like India, China and Saudiarabia, has led to major companies taking over arable land in developing countries. The hunt for renewable energy and the climate crisis is also contributing to landgrabbing.

Foreign companies have bought or leased large areas in Africa and South America to grow biofuels, while large tree plantations are motivated by the fact that trees bind carbon dioxide and are therefore good for the climate. The companies that take over the land come from all over the world and often the compensation to the locals is poor. The people who lived and used the land lost their supply and their food.

Today, there are a few large transnational companies that dominate the seed and chemical markets and these are about to become even fewer and even bigger. When one of the world’s largest chemical company, Bayer AG, bought Monsanto last year, Bayer now controls 25 percent of global sales of seeds and agricultural chemicals such as pesticides and fertilizers.

Read more
The problem when companies dominate the market is that they can both raise prices and determine what kind of seed sold on the market. If the farmers purchase patented GMOs or hybrid seeds, they also need to buy operations such as fertilizers and chemical pesticides in order for the crops to grow well.

After harvest, they may not save, share or sell the seed, as it is the company’s property. Hybrid seeds can mostly not be looked after, they have other properties when sown. Therefore, until the next sowing, farmers have to buy new seeds and efforts. It often leads to the farmers being forced to blame and end up in a dependency to the companies.

In African countries, agriculture is building up to 80 percent of farmers saving and sharing seeds, and the introduction of GMOs and hybrid seeds can create major problems as multinational companies have far better legal protection than farmers.

We demand that the EU and other actors stop financing companies’ increasing power over Africa’s food and instead use aid funds, trade agreements and investments to support the development of food sovereignty. To eradicate the world hunger is not just about getting food in the stomach, it also requires the food to be nutritious and that those who produce the food can decide on the production.
Read more

Food sovereignty is based on six principles:
• Food is a right that cannot be treated as any commodity.
• Small-scale food producers must be valued and recognized, especially women and marginalized groups. • In order for small-scale food producers to be protected and maintained, local control of natural resources is a prerequisite.
• Knowledge and technology are not decoupled from the power structures that govern today’s food system. Research and technology must be harmonized with a local context and strengthen the ownership of small-scale producers in its development.
• Focusing on developing local dynamics in the food system promotes local development while avoiding the emissions caused by the industrial and export-oriented food system.
• Food sovereignty is based on agro-ecological methods for agriculture that exclude chemically produced manure and poisonous pesticides, thus promoting biodiversity.

Read the report: The progress of forest plantations on the farmers territories in the Nacala Corridor: The case of Green Resources Moçambique. 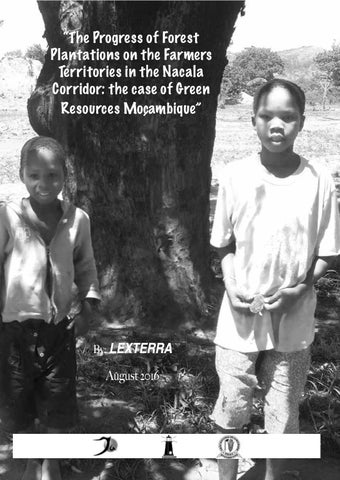 One seed - one life 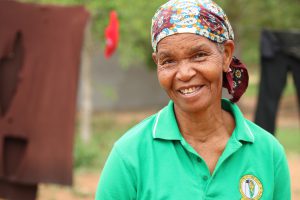 ” If I lose my land, I lose my livelihood. Without my land, I can’t pass on my knowledge to the children. And that leads to famine and poverty for the next generation”

Look for our upcoming events


Warning: count(): Parameter must be an array or an object that implements Countable in /home/u/u0908412/www/english/wp-content/themes/jupiter-child/footer.php on line 244